I’m so sorry guys. Yes, I do mean guys (as in vs girls) and not a generic term to describe both genders. I’ve been accusing you of horrendous snoring. I’ve been blaming you for keeping me awake at night. I am of the fairer sex. The fairer sex does not snore like the not-so-fairer sex does.

Last night, as I slept (or should I say, did not sleep) in the women’s dorm, I heard the most annoying type of snoring ever. I was almost surrounded by them on 3 sides. Ear plugs would not do any good. I played music on my iPod. And still the snoring cut through – like saw, sawing it’s way to insanity. The woman on the bunk next to me sounded like she was gurgling the phlegm at the back of her throat. How the do not wake themselves up, I do not know. I even took a sleeping tablet. The first time EVER! And still I did not sleep.

So guys, I’m sorry for accusing you’ll as the only noisy snorers.

I woke bleary eyed. Though we could return to the monastery, I was keen to find a new place to stay. I like a change of scenery. Even a short distance means you’ll tend to explore that place that much more. Effectively homeless, I joined Jacqueline and Chris from The Netherlands and Anne from Ireland for breakfast. Christine and Gabrielle had wanted me to check out the San Franciscan Monastery with them but I said I needed coffee first. We agreed that I would meet them after evening mass for tapas at a great place Christine had found.

Flicking through my guidebook, I rang pension after pension. I couldn’t believe they were all “completo”. Anne was going to stay with the Benedictines again, so this was always an option for last resort. I was keen to move on. I walked off to the Albergue Muralla Leonesa – a private albergue with 80 beds. Surely they would have a bed. Arriving there at 8.30 am, it seems not. They were full! Saturday’s it seems are the worst for accommodations. I was very surprised. The lady however was very helpful. She rang her friend and managed to secure for me a single room for €20 in the residential district. Now this sounds far but really, it’s only 10 minutes walking.

The room at Hostal Oreja was functional. A clean internal room with a window into the kitchen. But hey, it’s private space and I can spread out without worry. After I checked in, I decided to walk around and find my way back to the old city. I actually enjoyed being out in the less touristy part of town. You get to feel the local atmosphere more.

First stop was the pharmacy. I fell in love with the pharmacist. Not only is as he cute, he spoke English and most importantly, he offered to take a look at my foot! I was very happy when he agreed that the was no infection and that what I had been doing was correct and that rest was in order. I bought a pair of gel pads for the sole and left happier – and relieved. There’s no denying that I was a little bit worried.

Then I saw Coquette, a hairdressing salon. When on camino, no need to let personal grooming go by the wayside. Alas, I was so tired, I wasn’t alert to how much she was lopping off my head so I’ve emerged with a cut that’s a bit shorter than I expected, still looks good and will be easy to wash and wear. 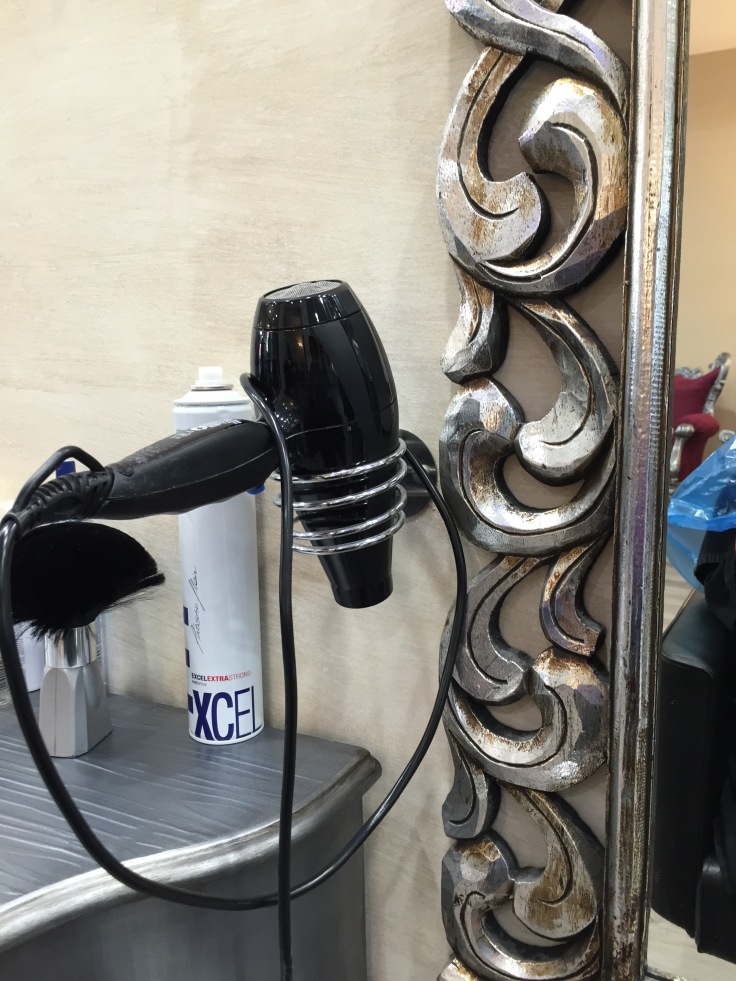 I met the Malaysian girls after mass, as planned. We went in search of their recommended tapas restaurant. There was one very close to the cathedral but the wanted to go to the one on the far side but nearer their accommodations, even though I said that it would be farther for me to return back to mine. We walked for a while to Plaza Mayor before finally discovering that it was still closed. I said that there were nice tapas bars the square. There’s a lot spaniards out and about. “Oh no,” they said. “The man said only the good tapas bars opened at eight. Let’s go the Burger King instead.”

Huh? After judging me for eating Burger King, you’re now choosing it? I declined their offer to join them as I’d already had 2 BK meals. Besides, I feel I rather wasted my time wandering the streets of Leon for close to an hour trying to find their tapas bar when I could have mapped my TripAdvisor restaurant and dined there (alone) instead.

As I reflected the next day, I came to this conclusion: what was the purpose of the encounter? To enjoy each other’s company or to eat at a specific location? For me, it was the former, for them it was the latter. We had different goals, so it was never going toward out.

I wander around trying to look for Becook, 3rd TripAdvisor restaurant in Leon, but I can’t find it. I return to where my hostal is and park myself in an alleyway. I’m not comfortable ordering since I know so little spanish. (Also, I feel lije a bit of a loser being a solo diner.) But I succeed in getting food and drink into the table.  I enjoy my own company drinking tinto and eating calamari fritos – my favourite. It is nice to people watch. I’m beginning to understand why the French love it so much.

Here are more people watching photos from around the cathedral. Well dressed Spanish  waiting to attend a wedding as I waited to attend mass.  From the chapel, I could hear the pipe organs playing the Wedding Match. Amazing sound. It would have been a lovely service to watch in the grandeur of the cathedral.